Once again, the Emerging Arts Leaders Symposium at American University has proven to be a smashing success. The Symposium, known by the acronym EALS, is in its sixth year of existence. The event is an annual meeting of students and young professionals who work in the arts that is held at American University. As national partners with Americans for the 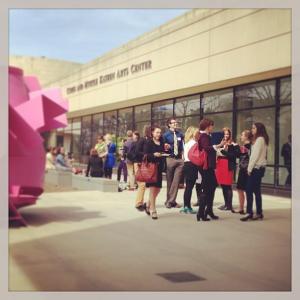 Arts, EALS is the official kick off for Arts Advocacy Day, and is held the day before.

It is an opportunity to engage in quality discussion about issues, unique or universal, that affect arts organizations with students, peers, and experienced leaders in the field. Past keynote speakers have included Rachel Goslins, Ben Cameron, Bob Lynch, and Adrian Ellis. All symposium activities and planning is organized and executed by a selected committee of American University Arts Management students.

The framework of EALS 2013 was “Looking to the Horizon.” Each speaker and panel discussed the new and innovative strategies and ideas coming down the road in each of the topics addressed that day. These topics included international arts management, marketing, audience engagement, career advancement, innovative organization models, and fundraising.

As the Executive Chair, I am elated to report that EALS 2013 was by far the largest and most successful Symposium ever. Counting the speakers, attendees, staff, and volunteers, 225 people walked through the doors on Sunday, April 7. That proved to be well over double last year’s number, a record growth for the Symposium. EALS also extended its reach throughout the country. Previous years saw attendees mostly from the surrounding DC metro area and within a few hours’ driving distance. EALS 2013, however, saw attendees from geographical locations spanning the entire eastern coast, the mid-west, and as far west as Utah.

What caused so many people from so many locales to flock to American University? The EALS Executive Committee’s focus on quality programming. At the beginning of the planning process, the Executive Committee made the decision to host big names from the industry that have valuable knowledge and experience to share. Doing so would be a financial gamble, but they had faith that presenting the highest quality programming would pay for itself by attracting more attendees. They were right.

The morning began with opening remarks and a welcome from myself, and jumped right in to the Opening Keynote Address by Karen Brooks Hopkins, the President of the Brooklyn Academy of Music (BAM). Since taking over as president of BAM in 1999, Hopkins has led the organization with stunning competency, riding the waves of financial and philanthropic ups and downs. The annual attendance has exploded, the budget has over doubled, and the organization’s endowment has almost tripled to over $80 million. Her address connected the ideas we were discussing at EALS 2013 with her real and successful organization. A perfect start to the day.

The attendees then split off, as they went to the morning breakout panel session of their choice. One morning panel was International Arts Management. In this panel, Gail 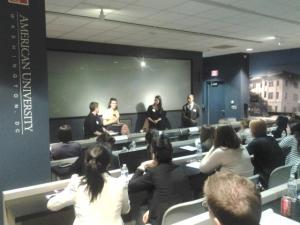 The Innovative Organization Models panel rounded out the afternoon selections. Attendees had the opportunity to learn about some of the most cutting edge organizations, and to pick the minds of the leaders of these organizations. Those leaders were Rachel Grossman (dog&pony DC), Thaddeus Squire (Culture Works Greater Philadelphia), Margaret Boozer (Red Dirt Studio), and AU professor Andrew Taylor. 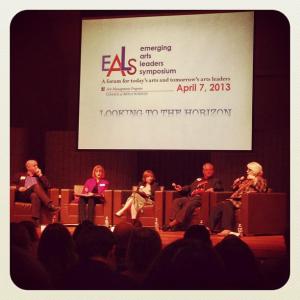 After a coffee break, attendees headed into the Abramson Family Recital hall to attend a panel that discussed one of the most important parts of arts management, yet one of the most uncomfortable parts: Fundraising. Panelists, moderated by Andrew Taylor, included leading minds in the field: Barbara Ciconte (Donor Strategies), Kendall Ladd (Sitar Arts Center), Pete Miller (Local arts board member and philanthropist), and Russell Willis Taylor (National Arts Strategies)

The day was concluded with Aaron Dworkin’s Closing Keynote Address. Dworkin is the founder and President of The Sphinx Organization, the leading organization focused on cultural diversity in the arts, and President Obama’s first ever appointee to the National Council for the Arts. His poignant 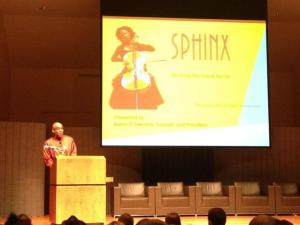 and invigorating address discussed racial access to the fine arts, and how we as arts leaders must work to make the arts represent the true diversity that is the United States.

For more information on the Emerging Arts Leaders Symposium, and to hear audio recordings of the conference, visit http://www.american.edu/cas/arts-management/eals/index.cfm.

Below is the map of EALS 2013 attendee geographical locations. Where did you come from?

Talk To Me: Cancel reply